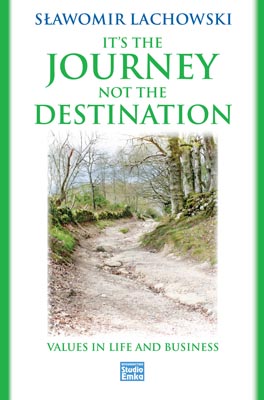 The challenges business leaders face do not have a precedent in recent history. They’re most usefully compared to the challenges of the dawn of the industrial revolution. Both the theory and practice of management have become dated and need to be radically altered to adapt to the socio-economic changes of the 21st century.

The ideas of management by instruction and management by objective are based on the conviction that people are driven to act mainly by fear and greed. We now know that isn’t exactly true. People don’t want to defer into some distant future their dreams of a job they can do with passion in an atmosphere of understanding and kindness. It’s time management practices were aligned with the expectations of shareholders and workers in order better to achieve strategic goals.

Managers usually focus on quantifiable metrics, such as profit, budgets, technology, neglecting the humanistic aspect of business, which is more abstract and therefore unpractical. A company’s basic values like the values adopted by people are usually a closed set of timeless ideas that have real meaning to the members of the organization and help with the accomplishment of short-term goals or a strategy. Using values every day as management tools creates groundwork for a new concept of management – management by values. Permeating every layer of a company as well as how it relates to the outside world with values is humanized management, which creates a new dimension of a company’s operations. Management by values is a philosophy. But it’s also practical action whose goal is to focus on the practice of essential values within a business as well as aligning them with the mission and future vision of a company.

Aren’t values a luxury in the business world? Isn’t business mainly about making money? Yes, profit is a goal, but not the most important one.

The urge to maximize profit at any cost was the source of the spectacular bankruptcies and collapses of the early 21st century. Enron, WorldCom, Tyco, Lehman Brothers, and Siemens were the darlings of investors until it turned out they had falsified their earnings figures or engaged in corrupt business practices. The managers at those companies were greedy and that’s what made them behave immorally or even criminally. Many of them have been sentenced to a number of years in prison. Greed and the drive of companies to maximize their profits have caused the last two serious economic crises of the past decade. They’ve deprived tens of millions of people of work around the world, caused bankruptcies, and caused thousands of companies to report losses. Now many countries, even the richest and most developed are facing a sovereign debt crisis that threatens their futures.

These examples of failure show how important overarching values are to economic growth and to society. Values refer to people, but also to procedures and behavioral norms. They are the measuring stick for internal regulations as well as for a company’s products or services.

Values are just as important in a person’s private life as in the life of a business; values determine character in a person and corporate culture in a company; values allow a person to live with dignity and die in peace; they give companies a shot at immortality. Values provide internal balance amidst turbulence and propel people to pursue excellence.

Management by values addresses the weaknesses of other management methods, especially those focused exclusively on earnings. Consistently practiced values have a magical effect on a company’s corporate culture, giving that company a permanent competitive advantage. Human capital is the deciding factor in business success today. Management by values enables a business to unlock its workers’ full potential. We are in the midst of a war for talent. A company’s values are the best argument for choosing one job offer over another. The values by which managers aspire to run a business are the bridge transmitting talent. Values enable businesses to grow and be profitable in accord with the environment, with worker preferences, as well as with the expectations of stakeholders and owners. It’s the ordinary-extraordinary who, using values as a roadmap, create incredible businesses.

"This book cannot be ignored. It broaches the fundamental topic of values, in both private and professional life, that are the basis of how individuals, teams and businesses function. It shows how managers who cultivate values become leaders and how leaders become visionaries who transform the organizations they run, creating innovative, socially responsible and highly effective management systems."

Prof. Zbigniew Dworzecki, the Chief Executive of the Polish Scientific Society for Organization and Management

"Sławomir Lachowski’s book is about values in life and in business. It presents a philosophy inherent to mBank’s corporate culture that the team created together. This bank tooks its form only because it was built by a team that didn’t think values were empty slogans. The people who built mBank had values pointing them in the right direction and forming the foundation of all they undertook to accomplish. The author reveals the secret of management by values, a tool that enables people to work with satisfaction and create amazing businesses."

"In the modern business world, management by values can become the antidote to the deepening crisis of confidence on financial markets, the corporate scandals of recent years, the pervasive moral hazard based on unbridled greed, the privatization of gains and the nationalization of losses by the taxpayer and society."

Leszek Pawłowicz, Dean of the Finance Department at the University of Gdańsk

"This book shows how to shape corporate culture based on specific values to fully unlock the potential of an organization’s human capital and gain a lasting competitive advantage. The author’s management success was quickly appreciated by the market. Managmement by values, described in detail in the Road Map, turned out not only to be ethical but yielded a high market valuation. Once again, the saying ''If you do good, you will do well'' has been proven true."

Wiesław Rozłucki, Chief Executive of the Warsaw Stock Exchange from 1991 to 2006

"An excellent guide for anyone considering a career in management and would like an insider’s view of how large corporations are run. But it’s the absolute antithesis of The Way of the Rat: A Survival Guide to Office Politics. SΠawomir Lachowski tells readers about his personal vision of management in which values and relationships with others play the fundamental role. The author successfully argues you cannot be an effective manager if you don’t strive to be a good person."

"Putting management by values into practice makes every employee feel that she is the creator of a company’s culture and its business success. After the disgraceful events of recent years, it’s time modern managers begin to use management by values as a common tool of doing business."